What's this? Oh, y'know, just a viral video sensation hanging out with a podcaster and his future wife. (And guess which one of them forgot to turn the flash on?) 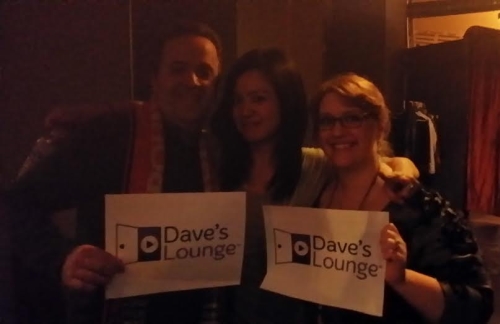 I had the opportunity to see Kawehi perform live in Raleigh last Saturday. The energy she puts into her performance is just tons of fun to watch. Also, her Ableton Live skills make me feel like a caveman rubbing two sticks together while she's cooking with gas. I've got a long way to go.

I've captured some video from her Raleigh show here:

Check out her tour dates on her web site, and when you meet her, tell her Dave sent you.

Meanwhile, if you're waiting for the next episode of Dave's Lounge…

One more thing: Dave's Lounge is no longer accepting Bitcoin donations, but will continue to encourage the use of Dwolla where I can. (I think I received a grand total of 0.02 BTC from that experiment, so no big loss.)

The Dave's Lounge ran from 2005 to 2017, showcasing the best in chillout, trip hop and downtempo electronic music from independent artists and labels around the world.